March for me is my get ahead month! I lead a very busy life, college, work, mum, wife, netball and blogger that I rarely have enough hours in the day. So when I do have some time spare I usually spend it filling any indoor space I can find with seedlings. I’m not kidding by the end of March the windowsills, porch, outdoor mini greenhouse and polytunnel are all jam packed full.

So I thought we would start there, I started with another sowing of broad beans a variety called Imperial Long Pod from Thompson Morgan, these have only just poked there heads through, I had almost given up hope!

Peas were next on the agenda, in my family peas NEVER make it home so this year I intend to sow a shed load. So far we have these varieties sown: Shiraz, Little Marvel and Kelvedon Wonder, I will sow more successions of these in April along with another couple of varieties too.

The next sowings were Leeks – Musselburgh and Spring onions – White Lisbon which have all mad an appearance – Don’t you just love how alliums wear there little black hats for weeks! When I sowed these I also sowed some more cabbage because I love the stuff and any extra that I can’t home I usually send to my mother in law or ask a couple of my netball buddies who also have allotments if they need any.

I sowed a couple of brassicas the first one of my favourite vegetables the humble Brussel Sprout Rubine which are lovely purple sprouts and have been said to have a milder taste than the green ones. I also sowed a variety of cabbage called Greyhound from Groseeds, it is a heart shaped cabbage and has silvery seeds, it’s definitely a greyhound by nature with a speedy start which needed potting on a couple of weeks after sowing!

I like to use as much spare space as I possibly can, my currant bushes are still quite young only planting them last year so I thought I would inter sow between them with some parsnips, I’m not entirely sure this will be successful, but I did have a huge success doing this with my newly planted raspberry canes and onion sets on my first year so it’s worth a shot!

Next it was on with the flowers!

I had a full morning of sowing all my hardy annuals, which was warm enough to do in the garden. I get so excited sowing seeds. Call me a crack pot but I sing and talk to my plants, that includes seeds and earth too. I believe they have energies and I want to fill them with the most positive kind of energy so they charge up through the earth happy ready to show off all their glory!

Here is the list of flowers and foliage for the cutting patch:

Nigella – Love in a Mist

Now on to the Dahlias!

If you follow me on twitter then you will have probably noticed I’m ga ga for dahlias. I just love the variety you can get from them there are so many. They are prolific bloomers too which really gives you the bang for your buck! They make exceptional cut flowers bringing the wow factor to any arrangement and they bloom until the first frosts, which then you have to lift them and bring the tubers indoors until next spring. Some areas are mild enough to leave them in the ground with a good mulch but I’m not prepared to take that risk! I planted up all my dahlias in a raised bed in the polytunnel to start them off. The intention is for cuttings, I should get a couple of extra plants off each tuber. The fact I’m growing 17 dahlias and will have propagated them means I’m going to be in abundance of dahlias and I can’t wait, bring on #dahliawars. I source my dahlias from Sarah Raven for the new and special varieties and then I also purchase some tubers from good old Wilkos too. I have listed below the varieties I’m growing and which ones are from where. 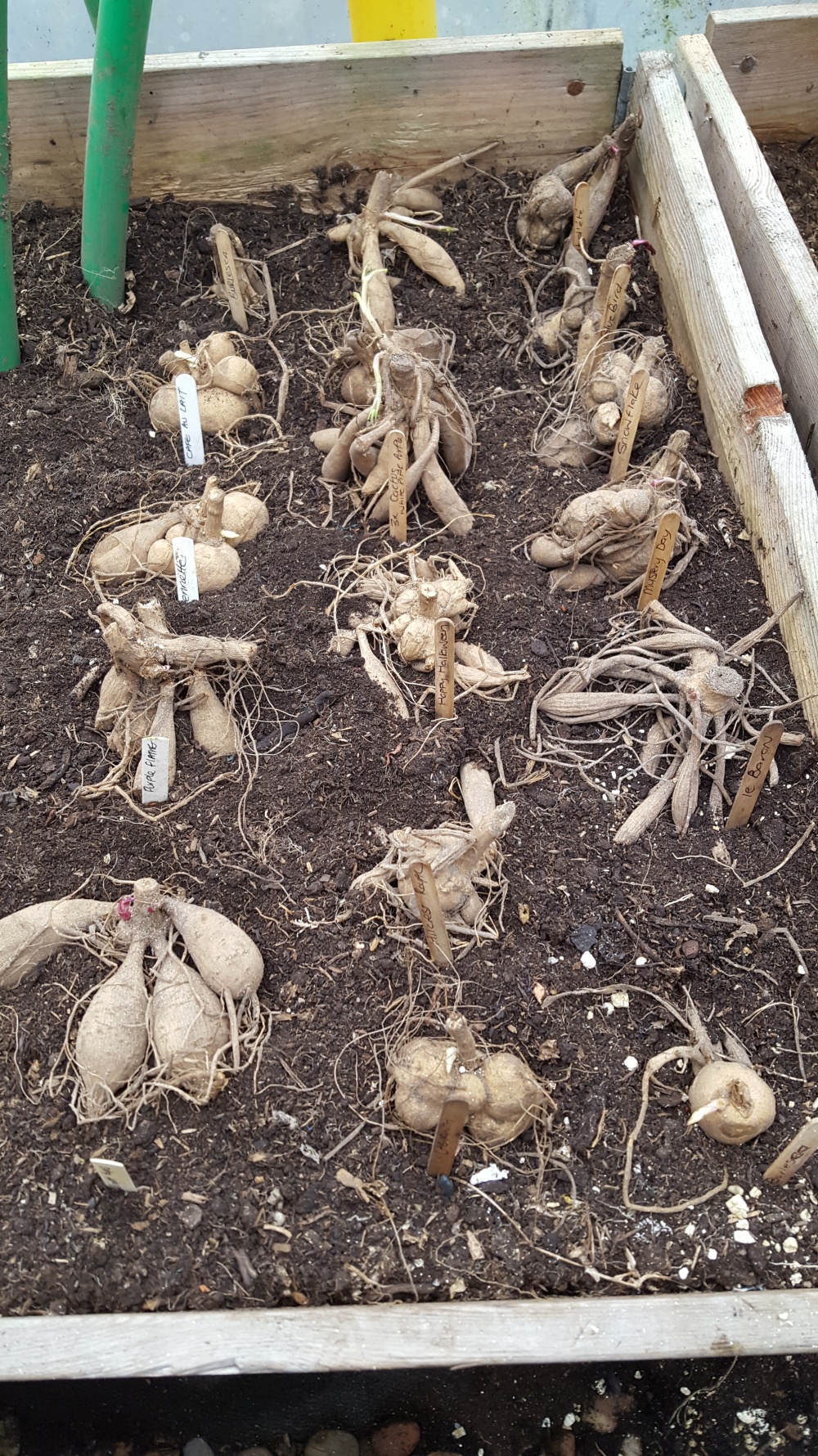 Right lets see how everything else is growing shall we?

My Purple Sprouting Broccoli has finally made an appearance, which I am super chuffed about, I love to stir fry my PSB which I will share my recipe with you in another blog post. However I have noticed that someone has been harvesting my PSB too, I did wonder why it was taking so long. It isn’t the wildlife either as my plants are well netted and there are cut marks on all of my plants where spears have been taken. How rude! I don’t mind sharing but theft is uncalled for especially given how long this takes to grow too, sods! 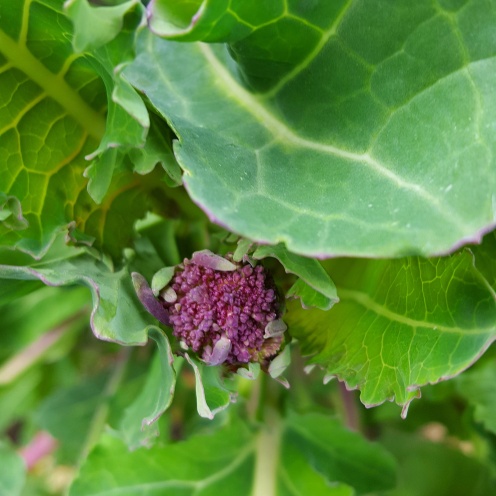 Do you remember my over wintered Corn Salad in last month’s ‘What’s Growing On’? Well it has romped away since then and I cut this almost every week, it’s loving it’s life under my Lavender & Leeks cloche, I will definitely grow this to over winter again it’s been brilliant!

In the kitchen garden it’s time to say goodbye to the kale. Just these two plants have served me well over winter, but they have now gone to seed, which the hens will be more than pleased about when I pull them up today and give them the leftovers. If you keep hens it’s much better to mix up there diets rather than keep them just on layers pellets. By feeding them greens and letting them forage for grubs and insects it promotes better eggs and if you intend to make a meal of your birds it provides the meat more omega 3, which you can spot on a chicken thigh usually as the greyish fatty meat, the most delicious part if you ask me. I don’t keep my chickens as meat I love them too much as pets!

The Swiss Chard is still going strong in the kitchen garden and has been cut a thousand times over winter but just keeps spitting out new leaves. However soon I will be pulling this up too and making way for new crops. The kitchen Garden is going to be primarily used for salad leaves, lettuce, rocket, spinach etc. This way with it being just out of the back door I can keep an eye out for those pesky slugs and snails who also want my delicious salads. 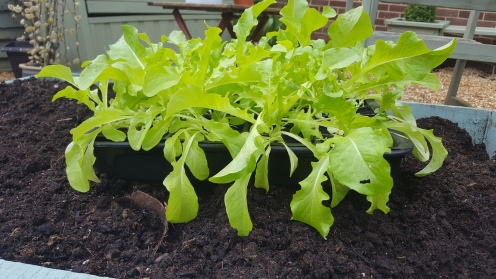 So there you have it, this is ‘What’s Growing On’ in March, now were are going into April this is when the real fun starts. Life everywhere is just going to go BANG right before our very eyes, it’s fantastic! I would love to hear about what you’ve got growing so far, have you started yet or are you waiting a little longer until the earth warms up some more?

Thanks for stopping by and don’t forget to Subscribe!